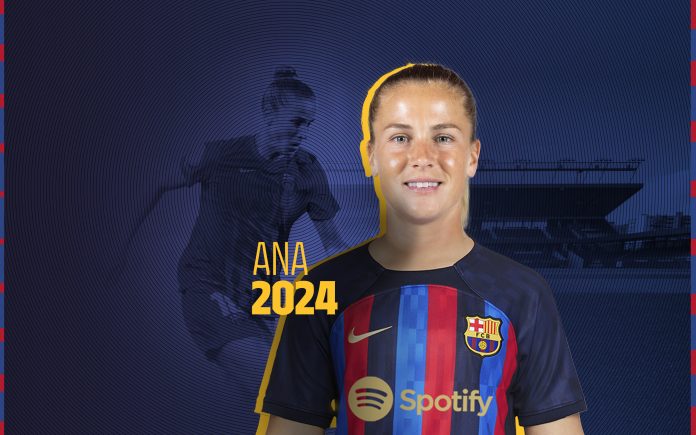 Ana Crnogorčević renews with Barcelona and will stay with Blaugrana for two more years, until June 2024.
The 31-year-old arrived to Barcelona in 2019 after a brief spell with Portland Thorns. Before, she spent nine years in Germany, where she played for Hamburger SV and Frankfurt. The Swiss international, who also possess Croatian passport, made 77 appearances and scored 11 goals for Blaugrana. The experienced forward has also made over 100 appearances for the Swiss national team.
Crnogorčević is currently preparing for the Women’s Euro with Swiss national team.