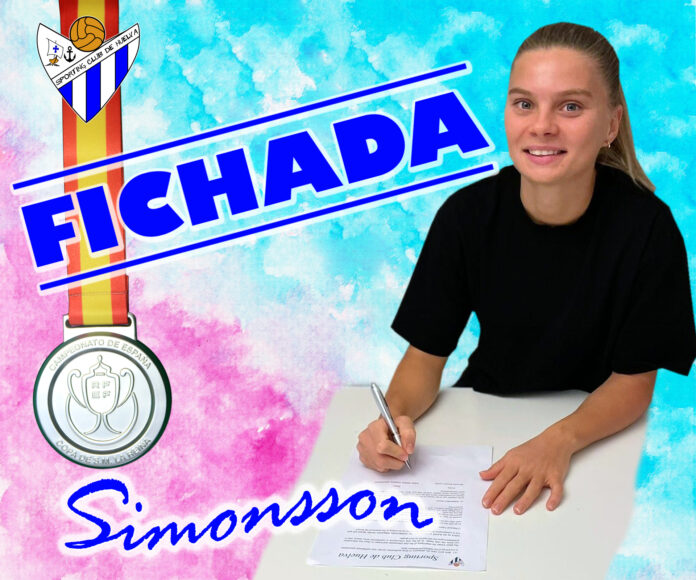 Therese Simonsson joins Sporting Huelva in the winter transfer window from a Swedish side, Linkoping.

The 24-year-old signed a contract until the end of the season with a Liga F side. The Swedish striker is moving abroad for the first time in her career. Previously, she played Uppsala, AIK and Umea, until she joined Linkoping in 2021.

“The club and my agent had talked a lot and then we made a video call. After those conversations I felt that Sporting was a very good option for me. I felt that I could continue to grow in this club and in this league, so I felt very good after that conversation and I chose Huelva,” said Simonsson.